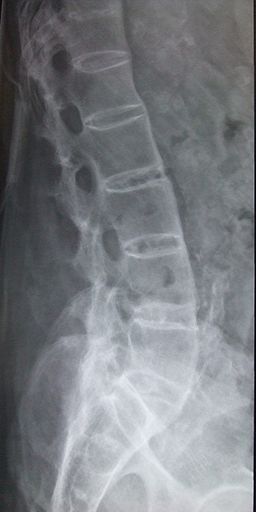 Tiger Woods has undergone a second back surgery. From his website:

Tiger Woods, a 14-time major champion and winner of more than 100 events worldwide, announced Friday that he has undergone a second successful microdiscectomy surgery on his back. The first was done March 31, 2014.

“Tiger Woods underwent a microdiscectomy late on Sept. 16 at Park City Medical Center,” Dr. Rich said. “With the upcoming offseason, the decision was made to remove a small disc fragment that was pinching his nerve. The microsurgery was a complete success, and he was discharged Thursday night.”

“This is certainly disappointing, but I’m a fighter,” Woods said. “I’ve been told I can make a full recovery, and I have no doubt that I will.”

It is yet another nail in the coffin that holds Tiger’s hopes of breaking Jack’s record of 18 Majors. Tiger is a 39-year-old with the body of a 49-year-old. I have predicted that Tiger would not win another major since he hit the fire hydrant. Subsequent events have given me no reason to reassess my stance.

In any case, it doesn’t matter. Golf appears to be entering the most exciting era imaginable, as Jason Day, Jordan Spieth and Rory McIlroy are poised to play hot potato with the World Number One title. Throw Rickie Fowler and Dustin Johnson into the mix, and you have as much competition and uncertainty as you  could imagine. On any given weekend, one of these guys could win a tournament and seize hold of the top spot.

The scenario is compelling as far as I am concerned. I have always maintained that excitement comes from uncertainty of outcome. If you know that the New York Yankees are going to win every game, there’s no need to watch any game they play. The outcome is already known. The same was true for me when Tiger was in his prime: if he was ahead going into Saturday, there was no need to watch on the weekend. You already knew the outcome; the only question was by how much.

I can’t let this random collection of thoughts go without commenting on the Solheim Cup.

First, congratulations to Team USA for the victory. Sunday’s singles comeback was one of the most remarkable things I have seen in golf.

Second, I will reiterate that Match Play is the best form of golf. I wish that the PGA TOUR would host more match play events. Further, I wish that more amateurs would adopt the format. It is more fun, and would actually speed up play on the course.

Finally, a word about the Suzanne Petterson Un-Conceded Putt Controversy: technically speaking, Petterson and partner Charlie Hull did nothing wrong. There was no reason to concede the putt because it was not a “gimmie” — even for a pro. Under pressure, the world’s best can miss at that length. Alison Lee made a rookie mistake by assuming that the putt was conceded.

However, the confusion was caused by the fact that the Petterson and Hull started walking to the next tee before Lee finished. That was a bit of gamesmanship on their part, and it backfired. If you’re going to make an opponent putt out, the proper thing to do is wait and watch.